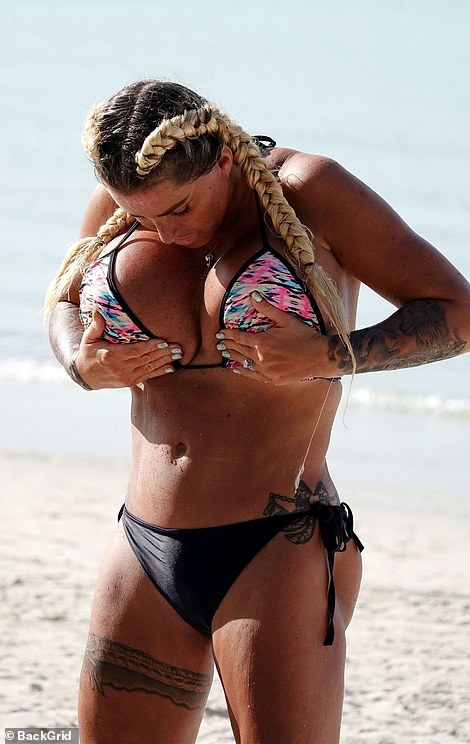 Katie Price and Carl Woods were on cloud nine as they enjoyed their luxury Thailand holiday, in newly emerged photos of the break ahead of Carl’s court appearance on Wednesday.

The model, 43, showed off her latest boob job in a neon print bikini as she tucked into a corn on the cob during a PDA-packed swim in the sea with her fiancé, 33.

The couple used their break to Thailand as a reason to request a postponement to Carl’s court appearance this month for ‘abusive and threatening behaviour’.

He is now scheduled to appear to be brought before Colchester Magistrates’ Court on March 23, after the couple returned from their holiday earlier this week.

The string two-piece also flaunted the star’s new tattoos, after she underwent two sleeve designs while on holiday in Thailand.

Styling her blonde hair into two plaits, Katie worked on her tan and frolicked in the sea with Carl, before tucking into a huge corn on the cob for a beachside snack.

A shirtless Carl, who has sparked pregnancy rumours with Katie during their holiday after he was previously pictured stroking her stomach, couldn’t keep his hands off her, pulling her in for passionate kisses.

Katie travelled to the Far East with Carl for her latest bout of cosmetic surgery – a boob job and full body liposuction procedure – and remained there for over two weeks before travelling home this week.

The couple, who got engaged last April, have experienced a tumultuous 12 months, with Carl set to face court now he has finally returned home.

The 33-year-old was supposed to be brought before Colchester Magistrates’ Court on March 10 to answer a public order offence charge. But after a request from his defence team the date was moved to March 23 to accommodate the couple’s holiday.

A source told MailOnline: ‘The change of date was instigated by the defence side. They asked for the case to be moved for a couple of weeks on the basis of him being currently in Thailand looking after Katie’s mental health.

‘The holiday was organised as a much needed break from it all for her.’

A spokesman for Woods told MailOnline: ‘I can confirm this holiday was pre-booked and my client Carl and his partner Katie both having such busy schedules and pre existing work commitments that when given the opportunity to travel together and their schedules allow it they need to take advantage of it.’

The court case is expected to bring to an end long-running and denied claims of Woods ‘threatening and abusive behaviour’ towards Price.  He had earlier accused others of creating a ‘storyline’ – insisting they only had an argument in public.

Woods claim he ‘didn’t lay a finger’ on Price and said he had ‘black and white proof’ to clear his name after he was charged with using threatening and abusive behaviour towards her in an incident at their house in Essex. 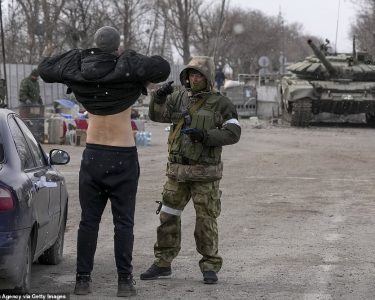 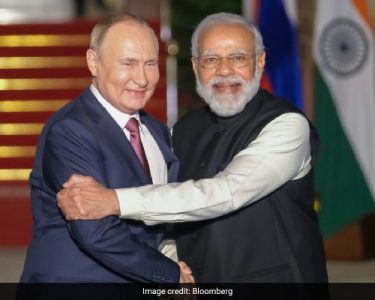 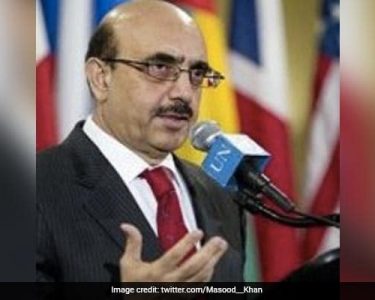