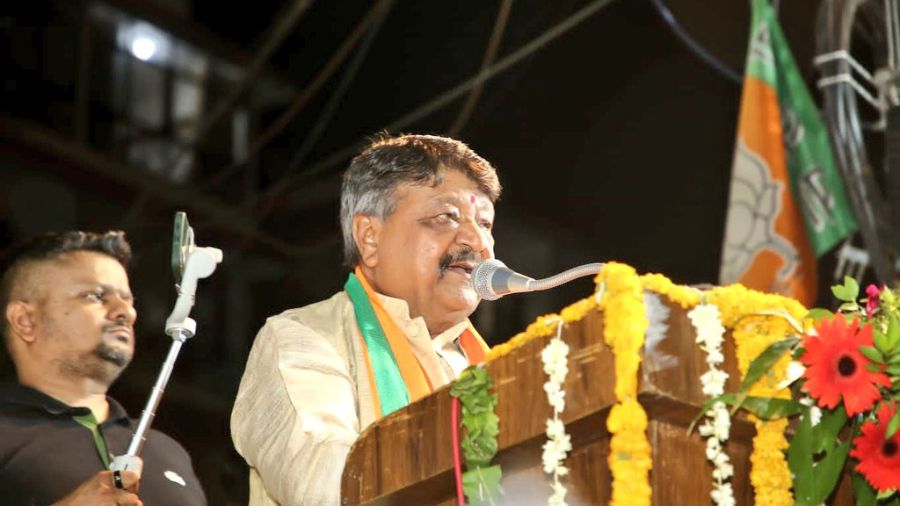 Lashing out at BJP general secretary Kailash Vijayvargiya, who said on Sunday that priority would be given to Agniveer soldiers if he has to hire security services at party offices, anti-saffron parties in Bengal said his remarks “belittled the valor” of the country’s soldiers. Taking exception to Vijayvargiya’s remark, the ruling TMC shot back saying that the youth of the country “is not supposed to be doorkeepers of BJP offices”.The party sought clarification from Prime Minister Narendra Modi on his colleague’s comment.” The young power wants to serve this nation, unlike the Modi government. The Prime Minister should clarify whether these are also comments by ‘fringe’ elements,” the TMC posted on its official Twitter handle. India Missions in Kuwait and Qatar, in their statements, recently dubbed the controversial remarks over Prophet Mohammad by now-sacked BJP leaders Nupur Sharma and Naveen Kumar Jindal as those made by “fringe elements”.TMC spokesperson Kunal Ghosh said the comments exposed the true mindset of the BJP.In a similar vein, CPM central committee member Sujan Chakraborty stated that Vijayvargiya has insulted the “young aspiring army personnel of the country and belittled the valour of the armed forces guarding the country”.”We want an immediate explanation from BJP over the statement by Vijayvargiya,” he added. Protests against ‘Agnipath’ the Centre’s short-service scheme for armed forces have rocked various parts of the country, with agitators vandalizing public property and burning down trains in states such as Bihar, Punjab, and Uttar Pradesh. The youth selected under this new scheme will be known as Agniveers.